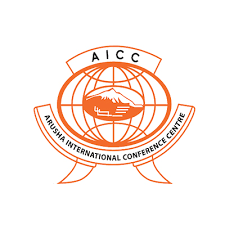 Arusha International Conference Centre (AICC) was established under the Public Corporations Act No. 17 of 1969 by Presidential Order through Government Notice number 115, published on 25th August, 1978. The Centre is wholly owned by the Government of United Republic of Tanzania and operates under the purview of the Ministry of Foreign Affairs and East African Co-operation.

AICC was established to manage and control the Headquarters’ complex of the defunct East African Community in Arusha which belonged to the defunct East African Community.  It also owns Julius Nyerere International Convention Centre as per Arusha International Conference Centre (Amendment) Order of 2014, dated 19th March, 2014; and provide facilities and services on the complex for ajira purposes of conferences, meetings, seminars etc.

(v) Reports promptly any defect or problems detected in the vehicle

(viii) Perform any other duties as may be assigned by Supervisor.

More Jobs From This Company

Please choose how you are going to apply for this post